In the summer of 2013 I hiked into Divide Lake in Okanagan Mountain Park on a cell tower access road. Divide is a  narrow lake near the summit that's wedged between two large rocks that resulted from some unpleasant tectonic rumblings. We spent the night at Divide lake and then dropped down the western slopes for 90 minutes to Baker Lake. It's the largest lake in the 10,000 hectare park and has a delighful little tent spot. It's ridiculously remote and terribly appealing.

It was this trip that really turned me on to the beauty of the park. It inspired me to spend too long on Google Earth planning future expeditions. After several more hikes and camps in the park I set my sights on an mysterious lake which is suspiciously big to be unnamed. I plotted out a route, plugged in my GPS and set off with a friend. Not knowing what we were getting into I thought it important to call this lake Miserable Lake so as not to get our expectations up.

Two factors were sketchy about this mission. The first being that it required several kilometers of bushwhacking in some of the Okanagans most gnarly terrain and the second was the lack of pottable water. Fortunately the bushwhacking wasn't too bad and we were able to get to the lake which offered a source of water. To be 10.7 kilometers away from civilization on a hot dirty rock without water could certainly be miserable. Upon arrival I was able to jump in, cool off, relax and drink while I swam which is something that you don't often get to do.

On this occassion we had planned to go into the Monashee's but the weather didn't allow so a fresh Miserable mission was hatched. Scattered cloud made for some delicious hiking through the burnt out forests and grasslands. Some of the trails in the park date back as far as 1860 and were pioneered by ridiculously hard core settlers. The trail that we followed was used by Chinese-Canadians who were secretly training for guerrilla warfare in 1944 at Commando Bay. And prior to that First Nations used Wildhorse Canyon as a'wild-horse' trap. Both pictographs and an old concrete bunker can still be found in the area.

Our hike in was an easy paced meander through the valley bottom of the canyon. We lunched prior to entering the canyon to avoid the horrific mosquito population that resides in the marshy ponds that line the trail. Lots of hoots and hollers relieved us of any bear sightings but we did see fresh sign on the trail on the way back. We were lucky enough to see two rattlesnakes and two moose as well. I've quite consistantly had rattlesnake experiences in the park so I now carry a stick and tap the ground in front of me to give the snakes the vibrations they need to alert me to their presence. It still never fails to get the blood pumping when you hear the rattles go off. The video at the end of the blog has a rattle clip in it.

After navigating through some brush, rock and little vegetation filled gullies we arrived at Miserable Lake. I find it amazing the amount of water that is in this park. It seems that every little valley that's squished between the angled layers of rock has water in it. You can't see all these ponds on Google Earth but they are absolutely everywhere. Most of them are too nasty to swim or drink from but apparently make great moose habitat. 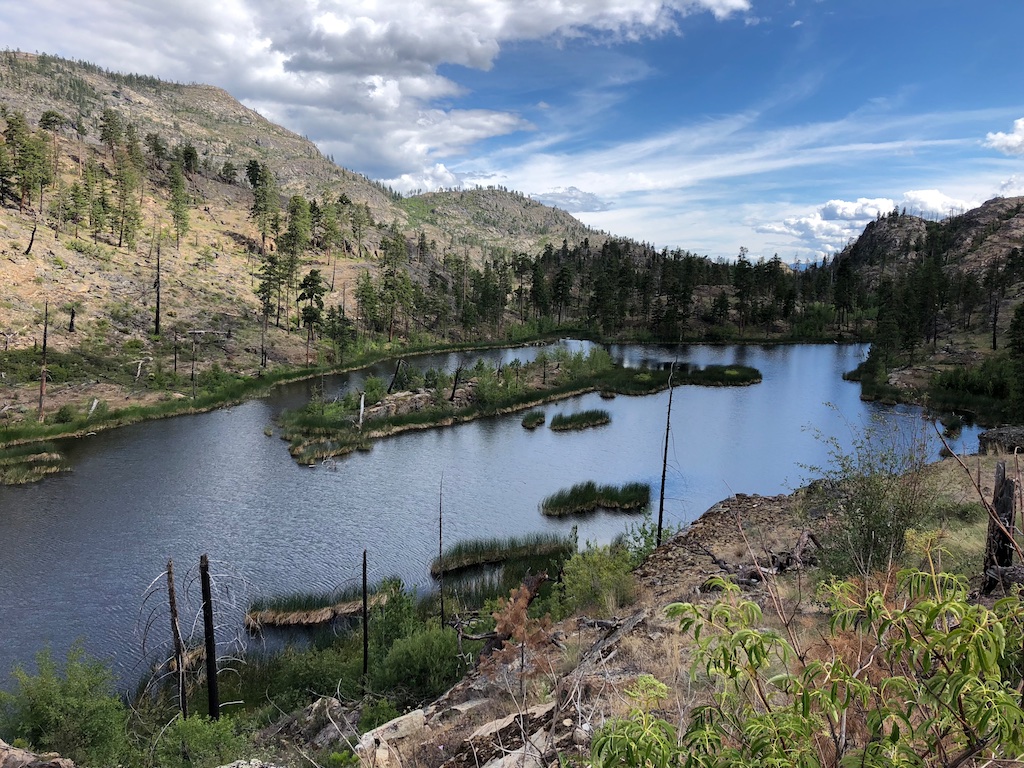 Complimenting the natural beauty of this area is the total lack of humans. I've found two signs of humans in this area of the park. One was three stacked rocks and the other was an abandoned fire pit that was mostly overgrown. 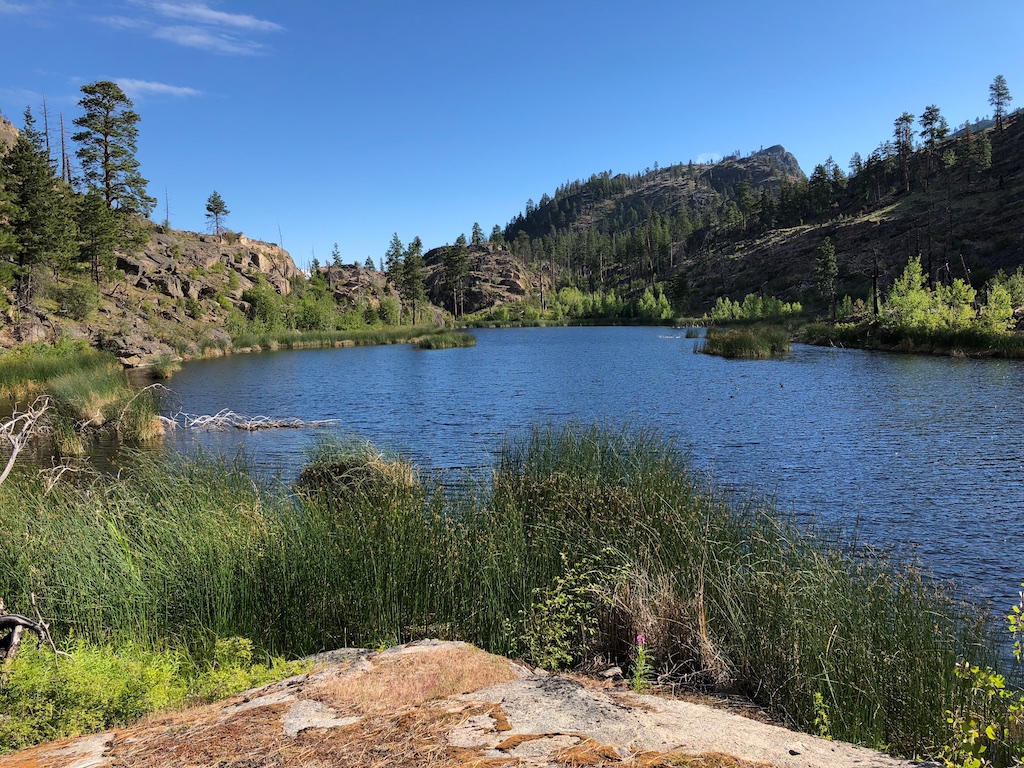 After a quick swim we set up the tents and cooked some vegetarian, gluten free, sugarless, non-dairy dehydrated dinners and drank a few beer. From there we made the short hike up to the ridge that separated us from Wildhorse Canyon and caught sunset. We were treated to a warm breeze, some whiskey herbal teas, a sweet view and most importantly gummy worms (gluten free). 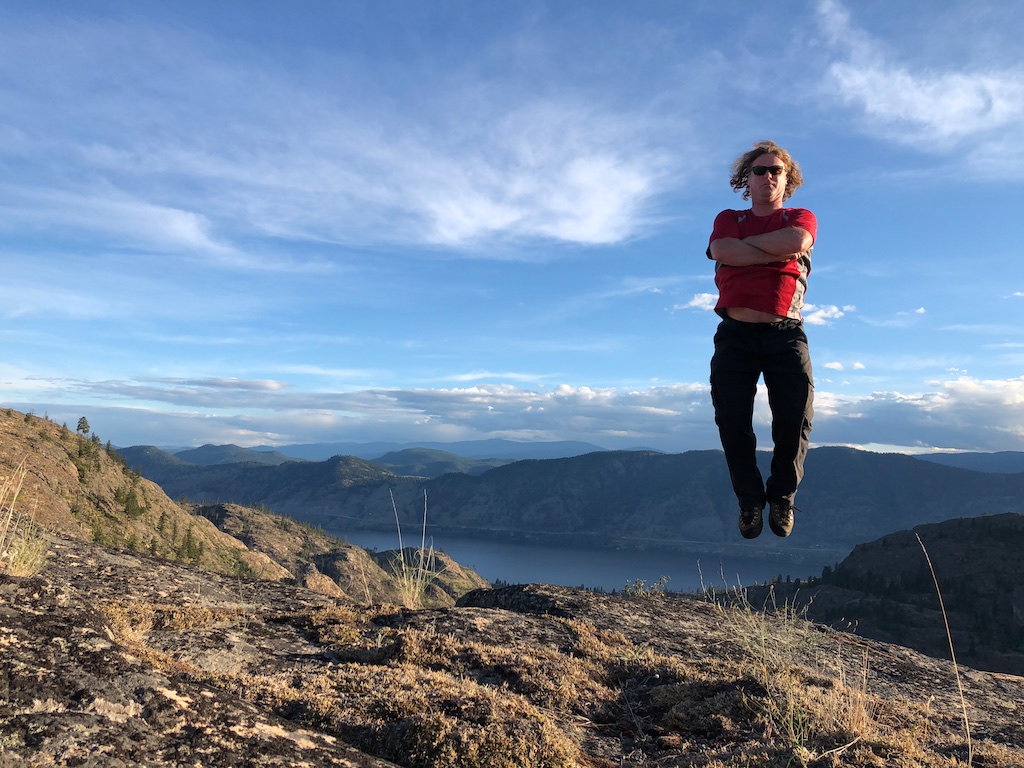 Back at camp the winds calmed down and the sky cleared overnight. The sun rose ridiculously early at 4:55 and proceeded to cook me out of my tent over the next few hours.

My previous Miserable visit didn't allow me to explore the other miserable lake immediately to the south. I got to check it out this time and had a great little treck along the cliff shoreline. It's definitely going to be the campsite of choice next Miserable mission. I think the cliffs are going to be jumpable too but that will require some subterrainean exploration with the turtles. 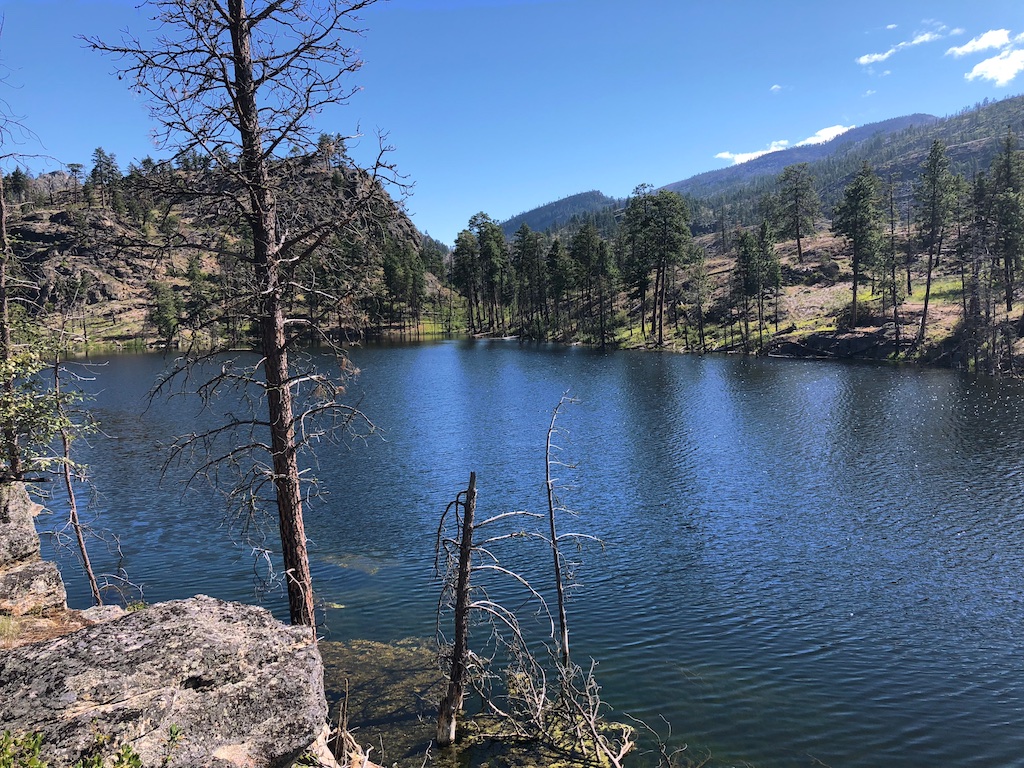 Another quick dip and swim to Miserable Island and we were back on the trail to civilization. Again we pounded as much water and whiskey as we could prior to leaving to lighten our packs and then trudged away from this Miserable piece of paradise. Stoked to get back in there and do some further exploration for cool rock features, pictographs, and generally Miserable-like spots of interest. It's a long walk but I think it offers more opportunities than any other hike I've done in the Okanagan. A definite favourite. 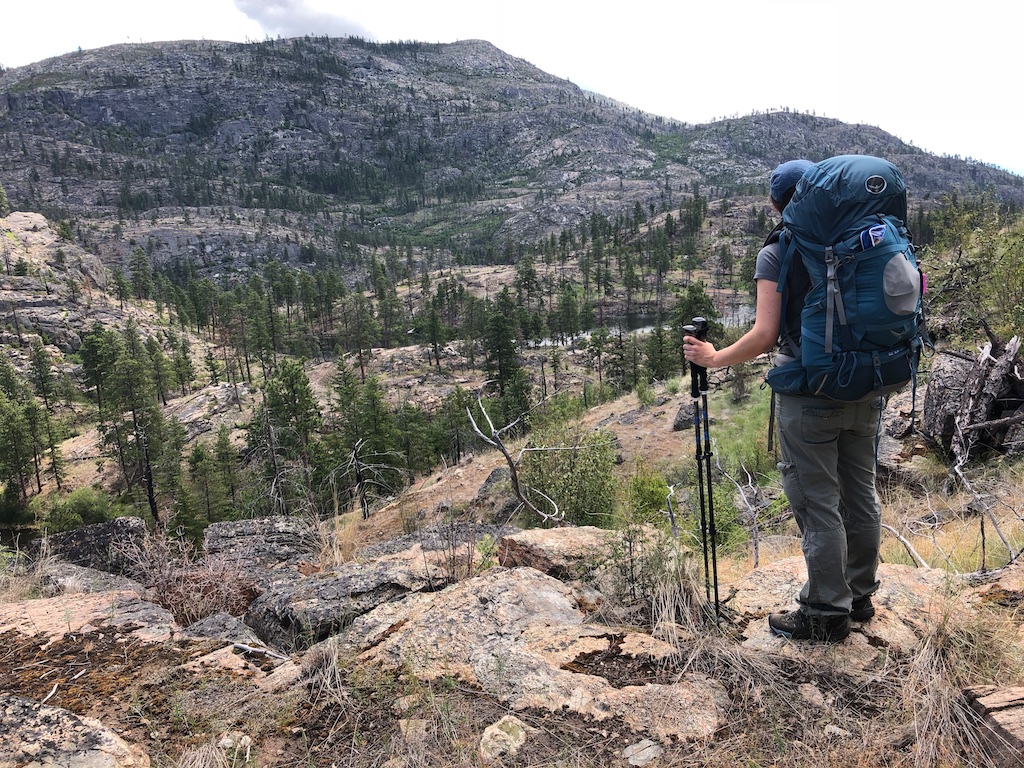 Download the Miserable GPS hiking track here. Click the arrow in the top right of linked window. Note this is the return trip so a little quicker than you can expect for the treck in..

When searching for music for this video I used the keyword 'sad' thinking it would compliment the Miserable theme. The description I got for this tune was 'Tension is lurking beneath this dramatic and atmospheric underscore...' I thought that would do.

Way up the creek
Dangling a Carrot on Canada Day