The Monashee's are a gem that remain pristine considering their proximinty to the Okanagan Valley. I know of 6 appealing hikes  based around Cherryville that are between 2-3 hours from Kelowna. There are more than that but some don't interest me as they are of similar distance without the reward of a sexy summit, alpine lake, or spectacular view.

Twin Lakes is the easiest of all these hikes and I think this is my fifth trip to this location. Some of the photos were pulled from other trips as the weather was better. 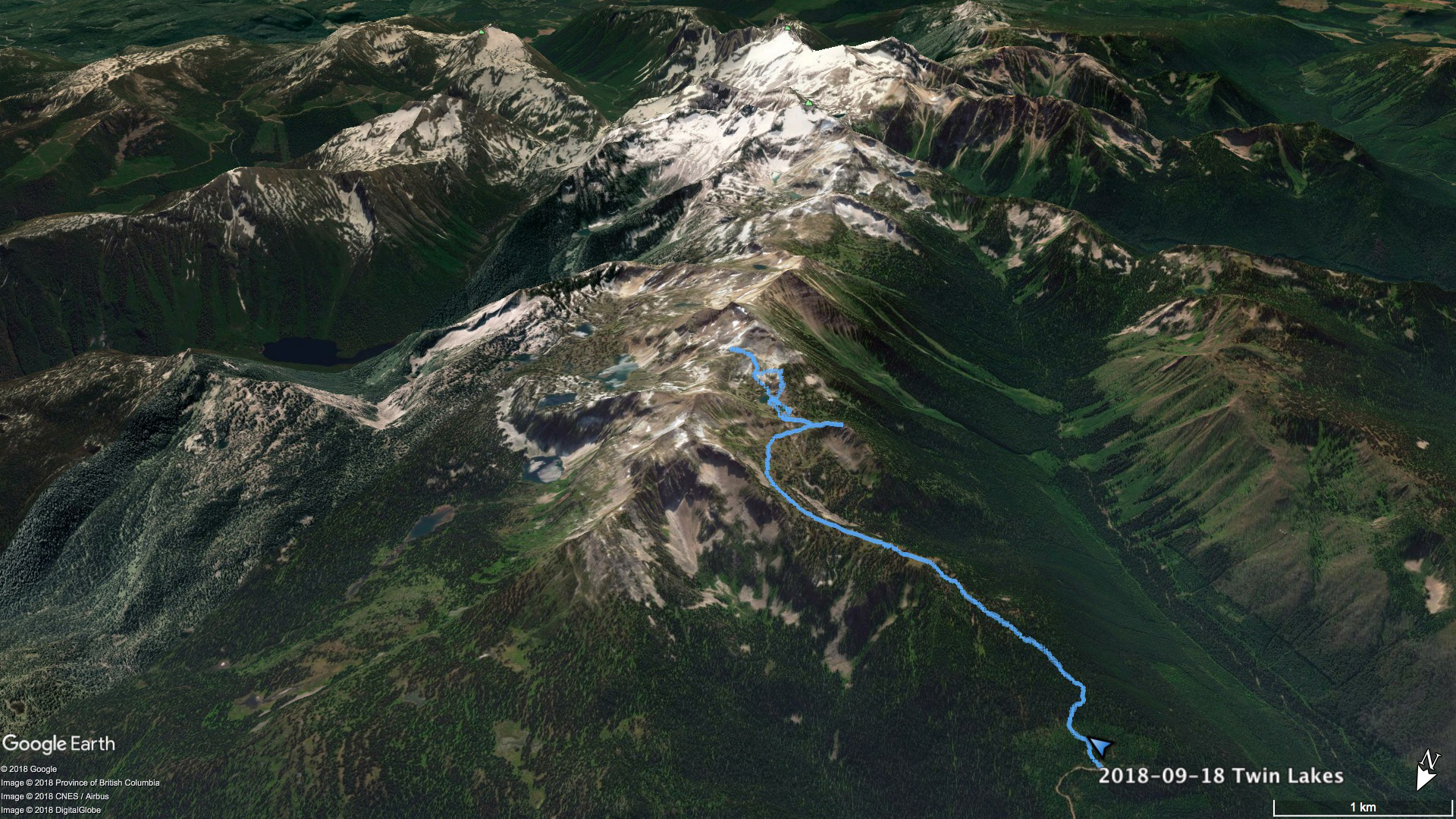 It's about 2:15 from Kelowna and a one way hike of 1:45. A logging road that requires a bit of clearance but not a four wheel drive takes you up to 1790m. The trail starts with a long up-hill which is always a bit of a grunt when you're not warmed up. Alongside the trail are lots of blueberries which make for satisfying rest stops. If you're fit you could likely do this whole trail without taking a break at all.

In no time at all you start to hike through beautiful meadows as the forest thins to sub-alpine. Grizzly country. To the north you see the Monashee Range extend to the horizon. Home to Mt Fosthal, the highest in this part of the range, surrounded by snow capped peaks. To the south you can see the old growth cedar filled valleys that lead up to Monashee and Pinnacle Lakes which nest under the second highest peak Mt Severide.

It's at this point that the majority of your climb is done and you round a ridge to get the first look at the azure waters of Twin Lakes.A quick descent down the steepest part of the trail brings you to the grassy shores of these blue gems. Depending on the time of year the water level in the upper lake may vary by up to six feet. On this particular trip the lower lake had a skim of ice on the surface and dustings of snow around the edges.

Pockets of snow survive the summer in this area but I'm seeing a definite decline in the quantity and depth of this snowpack.

From this point you have several options for cool excursions that aren't too strenuous. You can summit Lake View mountain to the north or the mountain to the south which I have no idea of the name. Alternately you can ascend to the saddle between these mountains and drop ( out of the Okanagan into Kootney Boundary District) into what is most definitely one of the most beautiful places I have ever been. The network of lakes that feed each other through babbling brooks with little cascading waterfalls is truly extraordinary. They are ridiculously cold but you can't help but swim.

Accessing these lakes is a little sketchy as there is no trail and you need to be sensitive of the alpine flora. A fun boot ski is possible for part of the way but you'll end up scrambling on all fours through some rock and mud in sections. Once you're in and amongst the lakes the camping spots are endless and it's safe to say you won't see any other humans.

This is a great place to introduce novice hikers to the alpine and it offers lots of options for the more experienced to walk the ridges, summit some peaks and explore the lakes. And most importantly you need to stop at Franks Store in Cherryville and gobble some of their freshly baked delicousies. Specifically their pepperoni filled cheese sticks.

Back to the Future - Drought Mountain
Revelstoke National Park